"When humankind strayed from the natural way of life,
Relative social disciplines began to appear.
When intelligence and cleverness of mind are admired,
Great hypocrisy is born.
When disharmony manifested in family relations,
Children who respected their parents
And parents who respected their children
Became rare examples.
When chaos prevailed in the county,
Only a few loyal ministers were recognized.
Let all people return to their true nature.
Love, kindness, wisdom, family harmony, and loyalty
Should not be taught one by one,
Separately from an honest life.
Then, once again,
People will regain the natural virtue of wholeness.
The world will be naturally ordered.
There will be no one who singly and cunningly
Works for personal interest alone."
-   Translated by Hua-Ching Ni, 1979, Chapter 18


"When the great Reason is obliterated, we have benevolence and justice.
Prudence and circumspection appear, and we have much hypocrisy.
When family relations no longer harmonize, we have filial piety and paternal devotion.  When the country and the clans decay through disorder, we have loyalty and allegiance."
-   Translated by D. T. Suzuki and Paul Carus, 1913, Chapter 18


"Therefore;
when the Heavenly Way was forgotten,
there arose 'humaneness' and 'righteousness;'
when cunning and Wit arose,
there came great falsity;
when the loving relations between people, as if all of one family,
was lost, there arose Religions in the world.
Once the state and royal house were in disarray,
there arose 'upright ministers!'"
-   Translated by Jerry C. Welch, 1998, Chapter 18

"When the Way of the Great Dao ceased to be observed, benevolence and righteousness came into vogue.
Then appeared wisdom and shrewdness, and there ensued great hypocrisy.
When harmony no longer prevailed throughout the six kinships, filial sons found their manifestation.
When the states and clans fell into disorder, loyal ministers appeared."
-   Translated by James Legge, 1891, Chapter 18

"When the Great Way is abandoned,
we get benevolence and righteousness.

When wisdom and knowledge appear,
we get great deception.

When there is no harmony in the family,
we get family values and kindness.

When the homeland is in chaos and confusion,
we get loyal bureaucrats."
-   Translated by Roderic and Amy Sorrell, 2003, Chapter 18

"Wherever the cosmic order is neglected,
Goodness and morality are born.

When the heart’s awareness is repressed,
The intellect is led into hypocrisy.

When the family loses its natural harmony,
The rules of duty and honor are enforced.

When the natural society is disrupted,
The dragon of state arises,
And powerful leaders take over."
-   Translated by Brian Donohue, 2005, Chapter 18

"When Tao is abandoned,
Benevolence and morality arise.
When wisdom and knowledge arise,
Hypocrisy flourishes.

When there is discord in the family,¹
Filial piety and parental affection arise.
When the country is in darkness and turmoil,
Loyal ministers appear."
-   Translated by Keith H. Seddon, Chapter 18 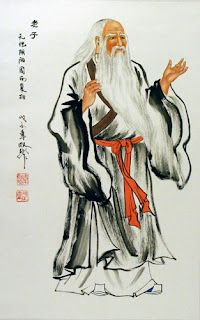