"The manifestations of Infinity never cease manifesting.
Infinity is the primal creator, the oneness of male and female.
Infinity is the gate though which heaven and earth manifested.
It is invisible to the senses, yet totally permeates all things.
It is inexhaustible and eternally available for any purpose."
-  Translated by John Worldpeace, Chapter 6


"The Tao is called the Great Mother:
empty yet never-ending,
it gives birth to unlimited worlds.
It is always at hand within you.
Use it gently, and without force."
-   Translated by Rivenrock, Chapter 6


"The valley spirit not expires,
Mysterious woman ’tis called by the sires.
The mysterious woman’s door, to boot,
Is called of heaven and earth the root.
Forever and aye it seems to endure
And its use is without effort sure.”
-  Translated by D. T. Suzuki and Paul Carus, 1913, Chapter 6

"Like the sheltered, fertile valley,
the meditative mind is still,
yet retains its energy.
Since both energy and stillness,
of themselves, do not have form,
it is not through the senses
that they may be found,
nor understood by intellect alone,
although, in nature, both abound.
In the meditative state,
the mind ceases to differentiate
between existences,
and that which may or may not be.
It leaves them well alone,
for they exist,
not differentiated, but as one,
within the meditative mind."
-  Translated by Stan Rosenthal, Chapter 6


"The concept of Yin is ever present.
It is the Mystic Female from whom
the heavens and the earth originate.
Constantly, continuously, enduring always.
Use her!"
-  Translated by C. Ganson, Chapter 6

"The Tao never dies;
It is a deep womb.
And the opening of the womb
Is called the root of heaven and earth.
It exists for ever,
And its use can never be exhausted."
-  Translated by Gu Zengkun, Chapter 6

"The mystery of the valley is immortal;
It is known as the Subtle Female.
The gateway of the Subtle Female
Is the source of Heaven and Earth.
Everlasting, endless, it appears to exist.
Its usefulness comes with no effort."
-  Translated by R. L. Wing, 1986, Chapter 6


"The spirit of emptiness is immortal.
It is called the Great Mother
because it gives birth to Heaven and Earth.
It is like a vapor,
barely seen but always present.
Use it effortlessly."
-  Translated by John H. McDonald, Chapter 6 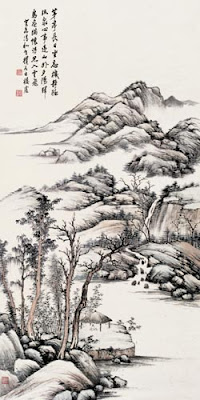