(This Post was made in November of 2017.  Families enjoy gathering in the warm kitchen area on cold November days in North America.  It has been in down to 28F this week in the morning; and many summer annuals perished.  We look forward to Thanksgiving Day.)


T   hanks for time to be together, turkey, talk, and tangy weather.
H  for harvest stored away, home, and hearth, and holiday.
A  for autumn's frosty art, and abundance in the heart.
N  for neighbors, and November, nice things, new things to remember.
K  for kitchen, kettles' croon, kith and kin expected soon.
S  for sizzles, sights, and sounds, and something special that about.
That spells THANKS for joy in living and a jolly good Thanksgiving.
-   Aileen Fisher, All in a Word

"They began now to gather in the small harvest they had, and to fit up their houses and dwellings against winter, being all well recovered in health and strength and had all things in good plenty.  For as some were thus employed in affairs abroad, others were exercising in fishing, about cod and bass and other fish, of which they took good store, of which every family had their portion.  All the summer there was no want; and now began to come in store of fowl, as winter approached, of which this place did abound when they came first (but afterward decreased by degrees).  And besides waterfowl there was great store of wild turkeys, of which they took many, besides venison, etc.  Besides they had about a peck of meal a week to a person, or now since harvest, Indian corn to that proportion.  Which made many afterwards write so largely of their plenty here to their friends in England, which were not feigned but true reports.”-   William Bradford, 1621

In 1863, Abraham Lincoln, declared the last Thursday of November to be a National Day of Thanksgiving.

The first photo shows part of our family in 2012, at our home in Red Bluff, on Thanksgiving Day. 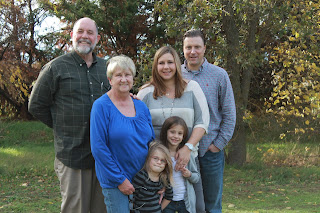 Photos of families enjoying a Thanksgiving Day together. 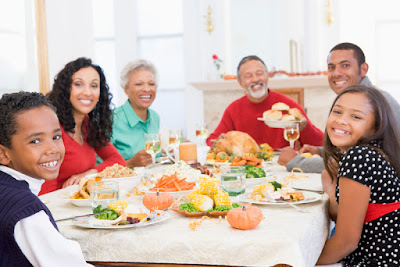 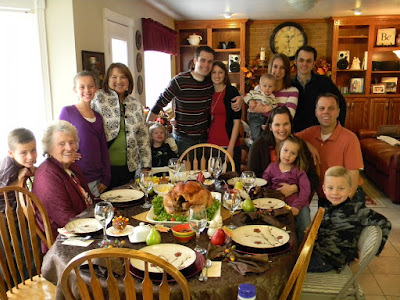 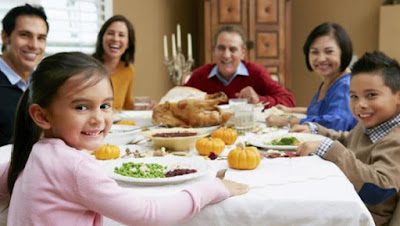 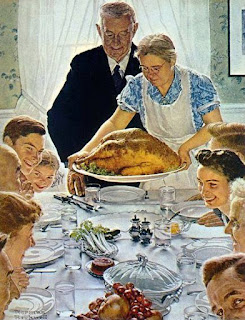 Posted by Michael P. Garofalo at 6:04 AM