"Thirty spokes unite in a nave, but the nothingness in the hub
Gives to the wheel its usefulness, for thereupon it goes round;
The potter kneads the clay as he works, with many a twist and rub,
But in the nothingness within, the vessel's use is found;
Doors and windows cut in the walls thereby a room will make,
But in its nothingness is found the room' s utility;
So the profit of existences is only for the sake
Of non-existences, where all the use is found to be."

"Thirty spokes share one hub.
It is just the space (the Nothingness) between them
That makes a cart function as a cart.
Knead clay to make a vessel
And you find within it the space
That makes a vessel as a vessel.
To build a house with doors and windows
And you find within them the space
That makes a house function as a house.
Hence the Being (substance) can provide a condition
Under which usefulness is found,
But the Nothingness (space) is the usefulness itself."
-  Translated by Gu Zengkun, Chapter 11


"Although the wheel has thirty spokes its utility lies in the emptiness of the hub.
The jar is made by kneading clay, but its usefulness consists in its capacity.
A room is made by cutting out windows and doors through the walls, but the space the walls contain measures the room's value.
In the same way matter is necessary to form, but the value of reality lies in its immateriality.
Or thus: a material body is necessary to existence, but the value of a life is measured by its immaterial soul."
-  Translated by Dwight Goddard and Henri Borel, 1919, Chapter 11


"Thirty spokes share the hub of a wheel;
yet it is its center that makes it useful.
You can mould clay into a vessel;
yet, it is its emptiness that makes it useful.
Cut doors and windows from the walls of a house;
but the ultimate use of the house
will depend on that part where nothing exists.
Therefore, something is shaped into what is;
but its usefulness comes from what is not."
-  Translated by Kari Hohne, 2009, Chapter 11 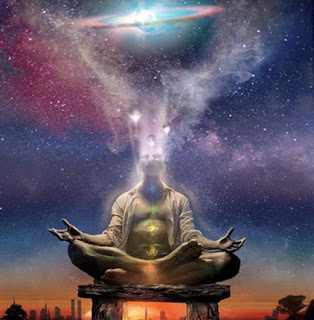 Posted by Michael P. Garofalo at 4:30 AM