Dao De Jing, Laozi
Chapter 79
"Patching up a great hatred is sure to leave some hatred behind.
How can this be regarded as satisfactory?
Therefore the Sage holds the left tally,
And does not put the guilt on the other party.
the virtuous man is for patching up;
The vicious is for fixing guilt.
But "the way of Heaven is impartial;
It sides only with the good man.""
-   Translated by Lin Yutang, 1955, Chapter 79


"harmonizing great resentments and injuries
requires a soft but steady equilibrium
but even in a gentle balancing of the scales
some friction and pain will always remain
harmony can still be reached
if the sage wise man doesn't push
for complete unity
the sage wise man come to understand that flawless justice
is impossible
so he holds an even temperament instead
great knowledge comes from the left hand
holding something broken an flawed
accept the small inequities
a bodymind embracing the tao way of life
doesn't need perfection
a bodymind rejects the tao way of life
striving for perfection
remember
heaven lends its strength to thos who
follow the natural laws of the universe."
-  Translated by John Bright-Fey, Chapter 79

"When enemies are reconciled, some resentment invariably remains.
How can this be healed?
Therefore the Sage makes good on his half of the deal
And demands nothing of others.
One who is truly good will keep his promise.
One who is not good will take what he can.
Heaven doesn't choose sides
It is always with the good people."
-   Translated by John R. Mabry, Chapter 79

"Settling a massive resentment
Necessarily some resentment will be left-over.
How can such be deemed as worth?
Using this: Sages grasp the left side of the agreement.
And don't demand from others.
Have virtuosity in supervising agreements.
Lack virtuosity in supervising taxation.
The natural guide has no kin.
It constants being with worthy people."
-   Translated by Chad Hansen, Chapter 79

"When there is peace between great enemies
There is bound to be lingering resentment.
How can this be considered virtuous?
So the wise become creditors
But exact no payment from the people.
The virtuous keep the tally,
Those without virtue exact it.
The Way of heaven shows no favoritism.
It merely supports the good."
-   Translated by A. S. Kline, 2003, Chapter 79


"Though a great grievance may be appeased there is sure to remain some grievance.
How can one stand well with others?
By requiting grievances with Virtue.
Therefore the Saint, although he holds the left-hand tally, does not serve a summons on people.
He who has Virtue, controls the tally; he who has no Virtue, controls the levying.
The Way of heaven ahs no favouritism; it always gives (the opportunity of) standing well with people."
-  Translated by J. J. L. Duyvendak, Chapter 79


"After the settlement of a big case,
someone could breach the agreement.
What can one do about it?
The sage keeps his half of the bargain, and not blame the others.
A man of Virtue performs his part,
A man without Virtue requires others to fulfill their obligations.
The Tao of heaven is impartial.
It awards virtuous men all the time."
-   Translated by Tienzen Gong, Chapter 79

"When reconciliation follows a great grievance,
How often there is a residue of grievance!
That can scarcely be called a settlement!
Therefore, the Sage, while himself fulfilling the harder part of a bargain,
Does not claim his due from the other.
He who uses the Virtue of the Tao, keeps to his bond;
He who does not use the Virtue of the Tao drives a hard bargain.
The Tao is no respecter of persons:
Its abundance is always at the service of the good."
-   Translated by Herman Ould, 1946, Chapter 79


"At the conclusion of a serious dispute,
It is rare that some resentment not remain behind.
To restore harmony, the Sage,
Keeping to the letter of the agreement with regard to his own obligations,
Never compels the other to fulfill his responsibilities.
Having Te, one would attend to obligations.
Without Te, one would press claims.
While it is the nature of Tao to be free of partiality,
Holding to the essence of the Tao,
The truly virtuous find the Tao abiding within."
-   Translated by Alan Taplow, 1982, Chapter 79

Posted by Michael P. Garofalo at 6:31 AM 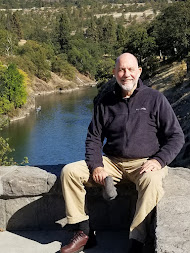